Vaccines in the News

Posted on January 5, 2011 by biblevision

Since the uncovering of new genetic concepts originating with the Human Genome Project, the science of modern man has been on a new road of discovery. The world of politics and science has on a fast track to implementing discoveries in real life as never before. Ruth and I uncovered certain details about a new generation of vaccines and what has been a largely secret and physical abomination of desolation’ in our book, “Two Kingdoms: Genetics of Spiritual Warfare.” (Revelation 3:7-12) This new world vision of politics and science includes an increasing emphasis globally on a proliferating number of vaccinations. These vaccines center around the children of the world, seducing millions without consent as to what is in the vaccines. (Ephesians 6:12; 2 Corinthians 10:4-5) Authorities and media excitedly paint vaccines as an integral function of a new world of health care, a virtual requirement for the future of mankind. In this respect, the people of all modern nations are being encouraged to update their immunizations, many of which already contain a new ‘genetic marker.’ A retooled internet article on this topic from the book is online in a recent article. This recent knowledge has been expanded with additional perspective for all ‘member readers of this website’ in their news and Bible prophecy exploration. (“Breaking the Hold of Stress“; “Family Stress Affects Generations“)

In recent years manufacturers of vaccines have been adding ingredients, most often with the assumption of safety. Now, some vaccines are a common source of human protein and DNA as distinct ingredients. While the use of fetal cell lines is not new, the use of these cells was very limited and commonly devoted to experimental or military use. The corporate lust for stem cells has continued to provoke those concerned with ‘ethics.’ Fetal cell lines are quickly becoming a mainstay in vaccines and diabetes treatment, along with other drugs. Manufacturers have been slow or resistant to admitting the use of these materials. Because of the lack of information available in the past, there is no way to know how many people have unwittingly accepted fetal cell based vaccines without proper legal consent. (“A Culture of Consent” — Nature, June 26, 2013)

A recent ‘CBS News Investigates’ article quotes a former senior scientist that was employed by a pharmaceutical firm, claiming that human tissue is used in 23 vaccines. This claim cannot be confirmed since package inserts and other publicly available information cannot confirm nor deny this claim. Likely, human cell lines are being used without your consent or knowledge in vaccines that can cause harm to you and your family.

More and more vaccines are in the news, as is the advertising in the public media that proclaims the importance of these vaccines. Corporations are enthused about this media attention, even funding it, to grow their authority over the medical community and your medical care.

The foundation has funded a grant to explore and develop a new sweat-triggered vaccine delivery program based on nanoparticles that are able to penetrate human skin. The technology is describes as a way to “…develop nanoparticles that penetrate the skin through hair follicles and burst upon contact with human sweat to release vaccines.” Some fear that this could be misused in a spray mist or in ways that would be administered without the knowledge of the population.

The Obama Administration in the United States has been promoting an enhanced medical information system with funding that is ramping up as you read this article. He is calling for all medical records to be stored electronically by 2014.

In November of last year, Bill Gates unveiled a new plan at a recent “health summit.” He called for use of mobile technology to implement more continuous monitoring of vaccine supply chains and personal monitoring enforcement.

Gates told an audience of more than 2,000 that that he recommends the registration of every worldwide birth through wireless devices around the globe through mobile technology. In this way, the worldwide medical community could ensure that children will receive recommended vaccines through medical programs. In his speech, Gates also indicated that the key to controlling population growth is to save the lives of children under 5. He sees the potential to improve survival rates for infants and children through an improved vaccination infrastructure. While this sounds innocuous and beneficial on the surface, his words also indicated a concept to control population growth, as well as health through a new generation of vaccine technology. (“Bible Prophecy and the Rise of the Corporation“; “Brave New World: The Dilemmas of Vaccines & Modern Medicine“)

“The key thing, the most important fact that people should know and make sure other people know: As you save children under 5, that is the thing that reduces population growth… That sounds paradoxical. The fact is that within a decade of improving health outcomes, parents decide to have less children.”

The number of children that die before their fifth birthday has already fallen from 20 million in 1960 to 8.5 million in 2010, a statistic that Gates attributes in large part to vaccines.

“About one-third [of that improvement] is by increasing income… The majority has been through vaccines. Vaccines will be the key. If you could register every birth on a cell phone — get fingerprints, get a location — then you could [set up] systems to make sure the immunizations (mandatory enforced vaccinations) happen.”

At the TED2010 conference, Gates quipped, “Now if we do a really great job on new vaccines, health care, reproductive health services, we lower that (population) by perhaps 10 or 15 percent.”

Gates suggested using cell phones to record each birth and send the information, including biometric identifiers, to a central database. This database would then send reminders to parents’ phones when it was time to come in for vaccines or other treatments. A prime location to implement this program would be in northern Nigeria or northern India, where vaccination rates are less than 50 percent. Once wireless service is established in any given area, a new generation of solar wireless devices will make the dream possible.

He is interested in using GPS devices inside phones to physically track parents who do not bring their children in for vaccines, presumably to mandate enforcement. He advocates the increased use of robots in society to serve these ends, as well as the need for correct behavioral changes to prevent disease. (“News: The Truth About Genes & Science“; “Filling Your Life with Truth Instead of Deception“; “Disease & Spiritual Roots“; “Spiritual Disease that Eats at Your Salvation“) 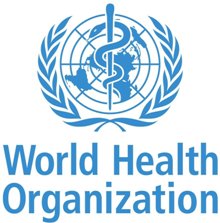 The World Health Organization has been collecting unused vaccinations from prime industrial nations to use on the third world population. Dr. Thomas Jefferson, an epidemiologist with the Cochrane Research Center in Rome noted, “Why do they give the vaccines to the developing countries at all? The pandemic has been called off in most parts of the world.” That is because the vaccinations have another purpose, which will ultimately allow the dark kingdom complete access to every life in the entire world, through a new genetic marker. Satan has a deeper plan to completely bring mankind under his control in a new way with the intent of keeping every man, woman and child in the modern world separated from the Almighty YHWH. (“Health & Bible Truth; “The World, Your Emotions and Your Health“; “Building a Counterfeit Kingdom“)

“For YHWH so loved the world, that he gave his only begotten Son, that whosoever believeth in him should not perish, but have everlasting life.”

Thank you for sending the Messiah, your only begotten Son to be my Savior. I believe in Him and have made this belief the center of my life. Because of this, by faith I have everlasting life! Thank you! I repent of my sins and of my past, freely admitting that I have fallen short of Your glory. I look fully forward to you in my life and commit my life to You. Thank You YHWH, my Heavenly Father for setting me free in the name of your Son Yahshua [Jesus]. Amen.

You will never enjoy true freedom through the Messiah and power of the Holy Spirit unless you read and absorb the Bible in prayer and trust. You will never know this freedom until you experience it for yourself. Get to know your Heavenly Father, His Son and allow the Holy Spirit to work in your life. The Holy Spirit is your teacher, your Holy Counselor that lives in you to help you learn about the truth of YHWH and His spiritual gifts.

Satan does not want you to have the excellence of YHWH in your life. People pray for protection and want to be taken care of, but often do little in growing close to Him. The world, your husband, your wife, your family, your government do not build your trust in YHWH or free you from spiritual bondage. Your church or your pastor cannot save you. Education, power and money will not free you, but only the Word of your Heavenly Father. Salvation is a daily walk, an act of love for yourself and for those around you, not a one-time event that centers only on you. Make the Word of YHWH your own, your very life!

YHWH is Yahweh, the covenant name of your Heavenly Father.
The names Yahshua and Yahushua are original language names for Jesus,
He is often referred simply as the Messiah or Master.

No portion of this site is to be copied or used unless kept in its original format in the way it appears along with author and website attribution. Your use of this website constitutes your agreement with these terms.
Copyright by Bible Vision International — All Rights Reserved

This site uses Akismet to reduce spam. Learn how your comment data is processed.